Chances are, you or someone you know suffers from an atopic disease (AD); be it asthma or eczema, more and more people are suffering from these conditions and the prevalence is ever increasing (1). Did you know that up to 17% of the Canadian population will suffer from AD at one point in their lives? (1, 2)

Eczema, the chronic, inflammatory skin condition, is a hot topic in research right now, and there’s been quite a bit of hype around the “hygiene hypothesis” (3). The same goes for the development of asthma and it’s link to an overly sterile environment.

So, what exactly is the “hygiene hypothesis”, and why should you care?

In our modern world, despite the popular idea that we are exposed to an increasing amount of chemicals and toxins everyday, we are actually living in a seriously sterile environment. Children are raised in a manner in which they have a decreased exposure to microbials, and it’s meant to be “for the best”. Concerned parents disinfect countertops every few hours, remind their children to sanitize their hands before every meal, and tutt at the thought of letting their little ones frolic with barn-yard animals. Pet germs and dirt from the outside world is immediately deemed unsafe, and mothers run to the nearest sink to clean those tiny hands before they end up on the food.

But have we taken it too far? Have our homes become too sterile? Is it time to just embrace the dirt and take joy in the germs?

Let’s see what the current research says, and examine how probiotics once again come into play. 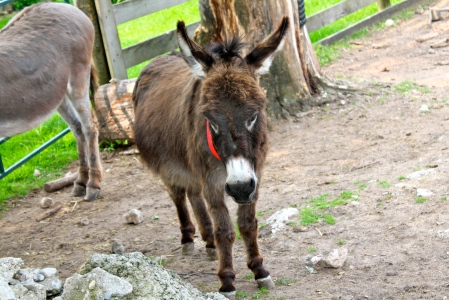 A recent study published by Swedish researchers at Uppsala Universitet examined more the link between the development of asthma and early childhood contact with dogs and barnyard animals (4). This unique, large-scale study aimed to draw sound conclusions on the highly discussed question, and researchers drew on a national registrar where more than one million children were included (4). The national cohort study allowed researchers to access data on asthma medications of the involved children, the diagnoses, as well as household dog and farm registrations of participants, and examined children born between January 2001 and December 2010(4). Results confirmed the hypothesis of germ exposure reducing the risk of asthma in children at 6 years of age; exposure to canines and farm animals during those developmental, early life years did indeed decrease the risk of atopic disease (4).

These findings aligned with the 2012 study published in the Journal of Allergy and Clinical immunology, in which childhood asthma risk was significantly decreased in children who lived on farms in rural Switzerland, Austria, and Germany (5). The overall protective effect was attributed to the exposure to cows, straw, and farm milk (5). 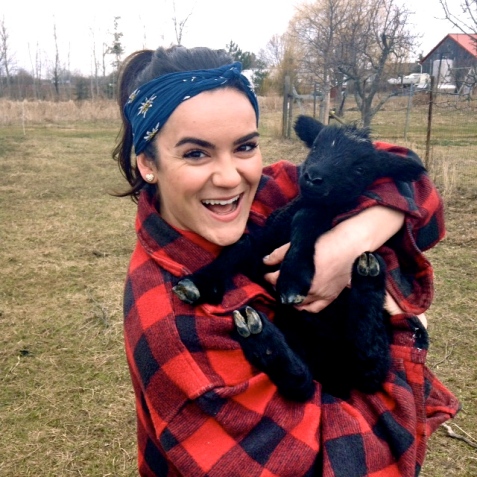 I’m a big fan of snuggling the barnyard critters!

What do these findings mean for the general population?

Should we become more lenient with germs and pets?

For parents raising children in rural areas, don’t fuss too much if they run outside and get messy – as evidenced above, there may be benefits to their unsterilized hands. A good wash with soap and water will do the trick, but take it easy on the hand sanitizer. Let their immune systems do their job, and trust a little more in the super powers of the human body! City folk and transit takers, the same goes for you – don’t forget to keep their little paws clean, but also let the kiddos pet the dogs and cats if they want – it won’t kill them. Pregnant mothers may reap benefits from supplementing with probitoics; studies suggest that maternal probiotic supplementation may reduce the incident rate of AD in infants, as well as the severity (6). And besides the promising, potentially protective effects of probiotic supplementation pre and post-natal in women and children, your gut will thank you!

In the wise words of Miss Frizzle, sometimes it’s alright to “Take chances, make mistakes, and get messy!”