The key to longevity is eating right and being active. Ask anyone – your doctor, your nutritionist, or your third-cousin ( twice removed),  and they will re-iterate the fact that healthy lifestyle choices and physical activity will help you age gracefully and live a healthy life. It seems simple enough: nourish your body with the right stuff, get moving, and in return, you’ll feel great and live long.

If it’s so easy, then why are obesity rates sky-rocketing? According to the WHO, obesity is now a global epidemic; sometimes referred to as “globesity”, this public health issue is no longer a problem of developed nations (1). Over-weight and obesity is on the rise in developing countries, and the plethora of associated health complications is now a greater cause of death than under-weight (1).

Our sedentary lifestyles, high consumption of calorie dense-foods, and “easy-way-out” attitudes are slowly killing us. Scientists are rushing to find cures for these preventable deaths, and of course, it’s not easy.

Cue: Nestlé. Top-secret research is being conducted at their headquarters in Lausanne, and rumour has it, they’re working on creating “exercise in a bottle”. The news first spread in 2014, and one year later, researchers at the University of Sydney are getting closer to unlocking the secrets of mimicking the effects of exercise on the human body. 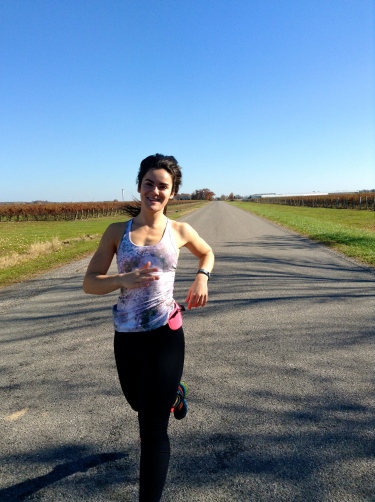 What’s the benefit of “Starvation mode”, or Caloric restriction?

So what does this have to do with Nestlé and the University of Sydney?

The researchers at University of Sydney conducted studies on four, healthy male subjects, and had them part-take in 10 minutes of high-intensity exercise. Thereafter, they examined the changes in muscle tissue and were able to detect the activation of certain pathways (4). What they discovered was that not only is the AMPK pathway highly involved and activated in a state of exercise, but also, that there are a multitude of other regulatory proteins involved the body’s reaction to physical activity (4). This means that new drugs that are meant to mimic exercise will need to target not only one pathway, but rather, many different pathways, as well as various molecules as opposed to just a select few as previously speculated (4). This new “blueprint” allows for researchers to better understand what happens in our bodies when we physically exert ourselves, and what sort of changes need to occur for us to reap the benefits of physical activity. If one drug can active the particular pathways and molecules involved in exercise, without getting off of the couch, then we’ve got a breakthrough. Though this particular field of study has a long way to go, it seems quite promising for the treatment of various metabolic conditions and disease.

And now, back to Nestlé.

Before the Australian study, it was rumoured that Nestlé was working on something that would activate the aforementioned AMPK pathway. Drawing on nature for inspiration and given the location of the Nestlé headquarters, one secret ingredient may be a certain type of algae that can mimic the desired exercise effect. Brown and blue-green algae, as well as pink snow algae, have been shown to mimic caloric restriction in the body through the activation of the AMPK pathway (5). The algae’s effect on the body helps us by-passes the intermediate steps of muscle contractions (5). Thereby, this activation is more efficient, as no physical activity would be required, and therefore, this can improve body composition by reducing fat mass and increasing muscle mass (6). While this may sound like the ultimate solution, it is not, however, fully proven as of yet, and therefore, the excitement should be kept to a minimum! What this simply means is that nature once again, holds many secrets, and before synthetically producing exercise mimicking substances, we can turn to the earth and discover some more natural health products.

With the research coming from the University of Sydney, in combination with the speculated involvement of the AMPK pathway in new caloric-restriction mimicking drugs, we have a lot to look forward to in the coming years!

…. but for now, I’ll stick to eating right, and being active!